Many years ago, I volunteered at Camp Goodtimes, which is a camp for kids who have a history of cancer and their families. There are no words to truly describe the magic that is camp.  At camp, the kids are truly free to be kids, away from their worries about cancer, hospitals and treatments. They can laugh, have fun and talk to other kids who understand. I volunteered at camp for four summers and LOVED every minute of it. Camp was a defining moment in my life. It changed the way I viewed the world around me and it was my yearly gratitude reminder. A reminder that life is a gift and to treat it as such each and every day. It also introduced me to so many truly inspirational people and today’s story is about one of them. 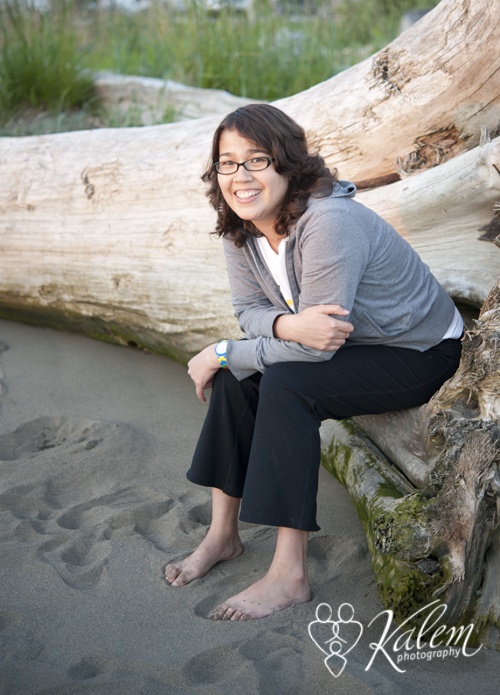 I met my beautiful friend Ann at Camp in 2001. She was just finishing up her treatment for Leukemia and was often tired, so I would sit with her while she rested or napped. It was through those quiet conversations, that our friendship started. We stayed in touch after camp via email and I loved getting updates on how she was doing. Then the cancer came back, and she was going to be in Vancouver for treatment, a long way from home, all her friends, and her sister. I was lucky enough to be in a position that I could be there for her. We went for ice cream, watched movies and just hung out. We laughed, we cried but most of all, we became really close friends. My husband, Eric and I often try to determine if Ann is our oldest daughter or our younger sister, my girls will tell you she’s their best friend, but no matter which way you slice it, she’s family.

I’ve watched Ann bravely battle cancer and put it into remission four times now. I wrote this blog post about her when treatment was just starting for the fourth time. The words I wrote back then apply now… she has an amazing strength of spirit and has somehow managed to remain positive throughout all her experiences. I’m in awe of her determination, her kindness and her thoughtfulness.

Last year, the cancer came back for the fifth time. The doctors here tried a couple of new treatments, but none succeeded in curing the cancer. In March of this year, the doctors told Ann that she was out of treatment options in Canada, but she had one last hope, to raise $700K to attend a clinical trial in Seattle. Now if there’s one thing I can tell you about Ann, it’s that she does not like to be the centre of attention and she definitely does not like to ask for help, so the decision to start a fundraiser was a challenging one. Ann’s aunt started a YouCaring page for her and we started planning fundraisers. I reached out to one of our suppliers, Ashland Bay, to find out if they had any yarns on sale, so that I could dye it as a fundraiser.  I was moved to tears when I received an email back from Jill Laski saying that they had just over 10 pounds of yarn they would like to donate.

Shortly after I had sent the email to Ashland Bay, Ann had a change in health. The cancer had spread and was now in her bone marrow. This was a good news/bad news situation. The good news being she was now qualified to attend a FUNDED clinical trial in Maryland, which meant she no longer needed to raise that huge sum of money! This was a huge relief, but I knew her family would still need some financial support, so I still wanted to go ahead with the yarn fundraiser. The obvious bad news being that the cancer had spread, so the treatment was even more urgent.

The yarn arrived back in April, but due to various other commitments, the dyeing took way longer than I’d hoped. Originally, I was going to dye all the yarn with one colourway and retire that colourway after the fundraiser was over. However, after much deliberation, I decided that it would be way more fun to have a few different colourways to choose from, so I ended up with seven!

I have 42 fabulous skeins up for sale in my Etsy shop. While some of the colours may make another appearance in the near future, this special Amour Yarn, which is a blend of 80% sw Merino, 10% cashmere and 10% nylon, will only be available until these skeins have sold! I’ve named the yarn Amour because it is French for Love. And this yarn was created because of my love for Ann. 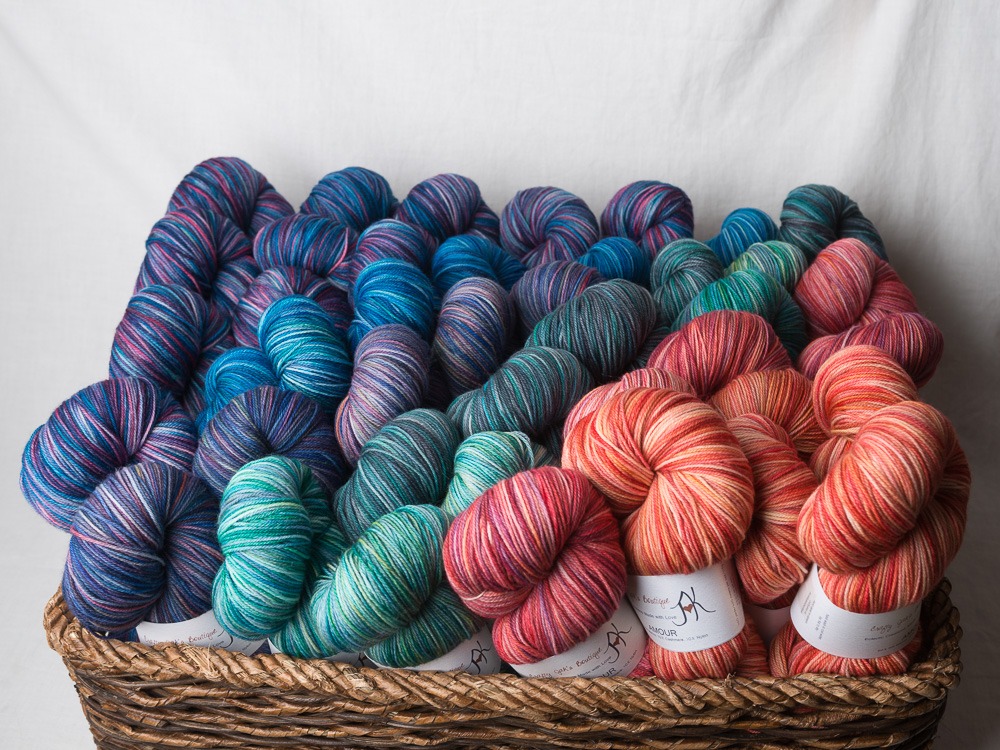 Thank you for reading and if you’re able to adopt a skein of yarn, I would be so grateful.

With love and gratitude,

p.s. Ann just updated her You Caring page and I’m thrilled say that the treatment appears to be working, despite the challenges Ann has faced in receiving it. She’ll still be in Maryland for a while longer, but things are looking up!